Ai seeders are points from which the AI navigation mesh is created when generating the AI grid. Make sure to place AI seeders within each self-contained area.

Region triggers allow you to associate a name with a particular region of a level. More importantly, they ensure that the camera cannot travel outside this trigger, and that the surroundings are blacked out.

Camera lock triggers are similar to region triggers, but only block the camera from moving outside its bounds.

A Stats trigger sets the level of characters and items that do not have a level override (i.e., their level is -1) within its bounds.

A Point Trigger denotes a particular position in the world. It is often used from scripts to play effects, to spawn enemies, to make characters walk to, etc. If you wish to teleport players to a location, a Teleport Trigger is a better choice.

A Teleport Trigger is the same as a point trigger, but it has an extra propery in the side bar called "Camera Angle". This angle indicates where the camera will be after you teleport players to it. This prevents the automatic camera positioning showing a blind wall or the staircase you just came down from after arriving. An arrow gizmo next to the trigger shows the direction at which the camera will point based on the angle you entered.

Atmosphere triggers can be used to set the default atmosphere for an area, and to also specify additional atmospheres that can be switched to via Osiris or behaviour script.

A cull trigger hides objects outside its bounds when it the player's camera is inside that trigger.

An AiSeeder is a point from which the walkable areas on the AI grid will be calculated.

A point at which a sound is played. You can either specify the sound resource name that should be played automatically when the player comes nearby, or you can play any sound at that position from [[Osiris/API/PlaySound|Osiris] or behaviour script.

Sets the music volume in an area.

Sets the sound volume in an area.

Creates a region separate from its surroundings, which can lock the camera inside it and block vision.

A trigger that broadcasts an event when entered or exited. These triggers are automatically registered for all characters (player or not) and items in the game.

An AIHintArea can be used to define a location in which an AI-controlled character should try to stay.

[1] This is a polygon trigger, see below for how to edit these triggers' bounds.

There are 2 ways to edit trigger shapes: 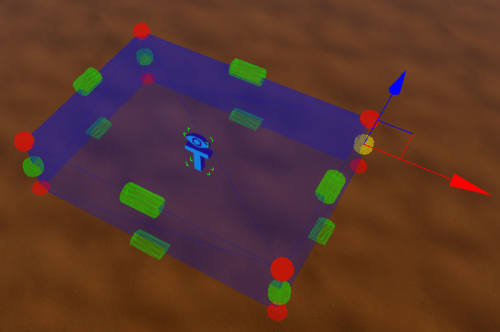 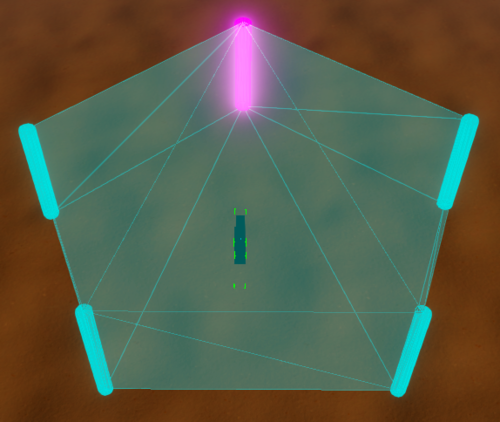 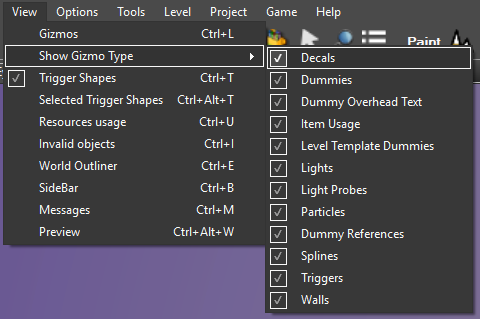 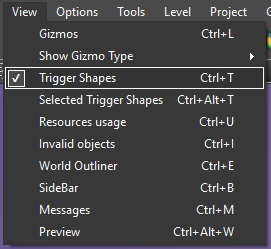 View Trigger Shapes (Ctrl+T) toggles the visualization of trigger bounds in your level. 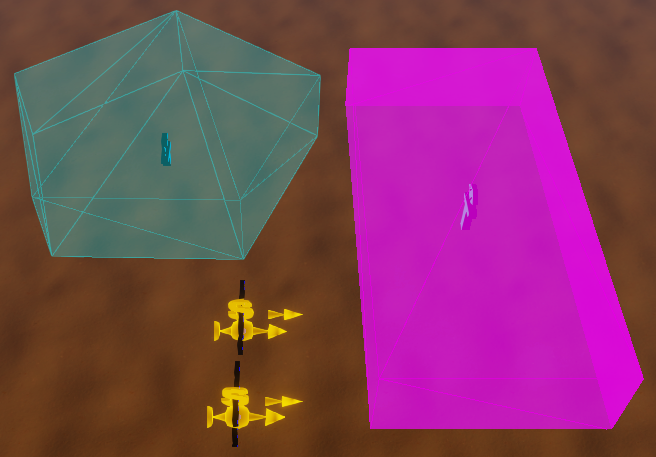