The script debugger is part of the script editor. It can be used to debug behaviour scripts. It has 3 main areas: 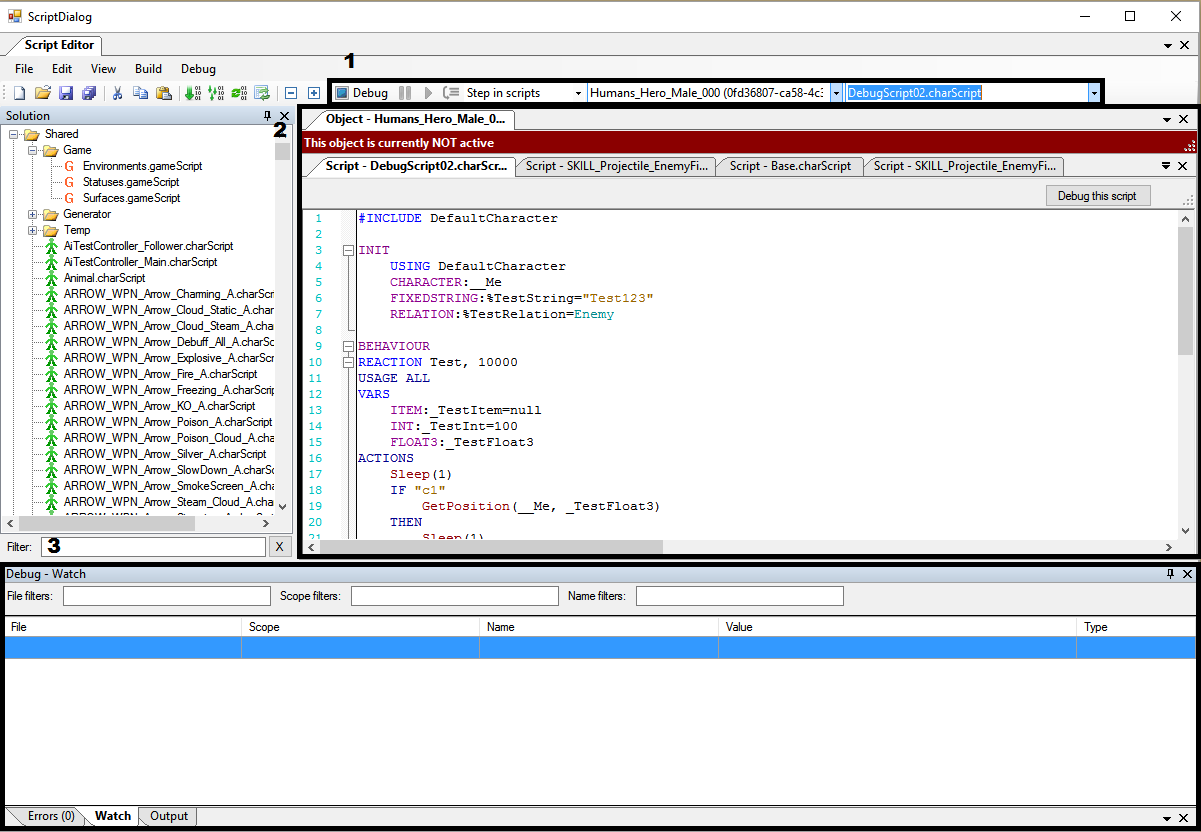 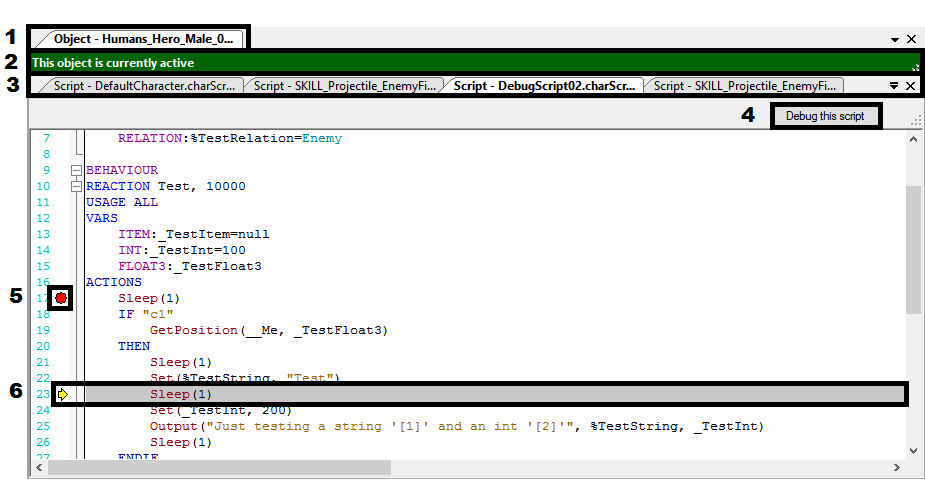 When a script is included in another script it's still attached to the object. This is not always as obvious due to recursive includes, so a blue bar will notify you in that case:

The breakpoint context menu can be accessed by CTRL+Click on a breakpoint:

The menu is used to create conditional breakpoints: breakpoints that only break when all conditions pass. As can be seen there are two types:

The hover menu shows up when you're debugging and the mouse pointer hovers over a parameter for 0.5 or more seconds:

All debug panels can be opened via the 'View'-dropdown in the menubar.

It is possible to output text in the output panel with the Output() action:

The script event above would output the following text:

As you can see, most output is preceded by some extra info on the location of the output (if relevant).

Before you start debugging there are a few more things you need to know.

Starting and stopping a debug session

Stepping through an object or script

Once you've got a debug session running you can start to actually debug a script. You can do this by putting a breakpoint on the line where you would like to pause the script. When that line is about to be executed the script will pause. When the script is paused you can step with the 'step' button. This will execute the current line and then break on the next line. The next line could be in a different script in the same object. The next script break location depends on your step setting (in the combobox). When the script is paused it is possible to change the current debug object and/or script in the comboboxes in the debug toolbar. This will cause the next step to break the script in the newly selected object and script.

Breakpoints do not only have a line location, but an object and script location as well. Multiple objects can have the same script, but when you place a breakpoint it will count for only one of those. The actual breakpoint location is dependent on the object panel you used when placing the breakpoint. Also, not all locations are valid breakpoint locations. The only valid locations are lines that can be executed (i.e. actions, conditions, 'IF', and 'ELSE'). In the following code snippit the only valid line would be the last one:

A script break will pause both the game and script. Right before the script is about to execute the line it will break (due to a breakpoint or a requested pause). After this script break nothing besides the script editor will update. This also means that there is no way to use other debug tools, like the console, during a script break. This is purely due to the nature of a debugger. If anything would be allowed to update during a script break it would invalidate the debug data and it would become unreliable.